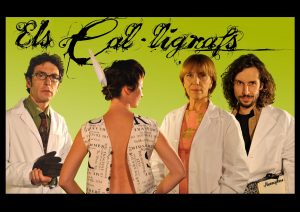 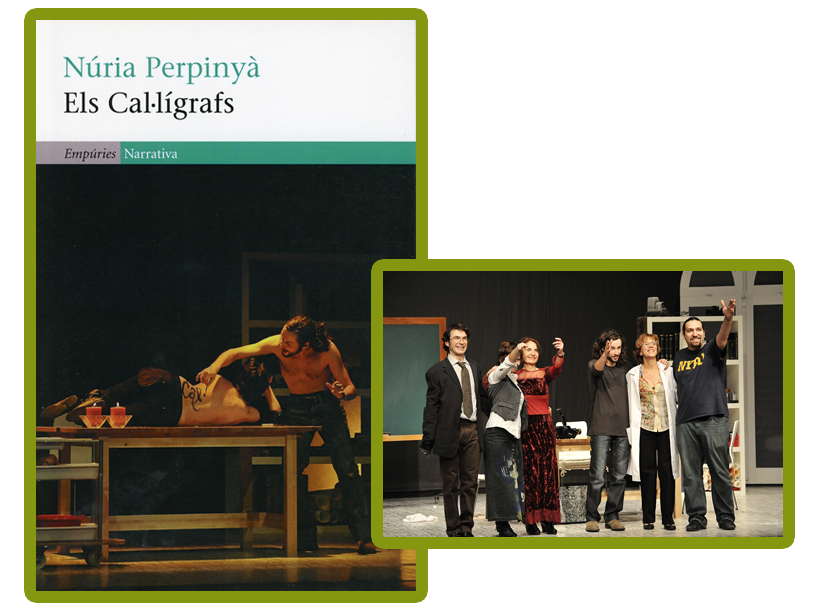 The Calligraphers recreates university intrigues of a department of ancient calligraphy that is obliged to modernize.

Three teachers represent very different pedagogies: a libertarian, a vocationally demanding and an authoritarian one. The three of them want to influence on the students. A teacher forms but he also deforms. A Pygmalion creates and destroys. 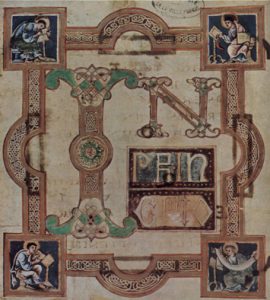 Â Â Â Â Â The work is a reflection on education and a tribute to ancient and handcrafted worlds that are eclipsed, symbolized by handwriting that stops being useful.

Itâ€™s a poetical requiem, but itâ€™s also an entertaining piece with a dose of mystery, since it is necessary to find out whom a black hand that moves the threads of the destruction of the chair belongs to.

Compared with the euphoria or the solitary desperation of writing a novel (about which the readers do not know anything until a considerable amount of time has passed), the fact of preparing a theatre play is a party-time. It means to go out of the isolation and to celebrate things all together. The protagonists are alive and discuss with the writer, by means of the actors; why does she make them go out of the scene or why does she make them cry if they want to rebel. During the work on a theatre play, everything is shared in a team: from the economic problems for the props passing through a perfect gesture that avoids a reply. PerpinyĂ  begins to write the play thinking of the actress NĂşria Casado who had been her student years ago. Then, she collaborates with the company Nurosfera, Imma Colomer and Pep Planas. The playwright acknowledges that the actors and the director have improved the original text; they have made â€‹â€‹it more agile and entertaining. Before, when PerpinyĂ  heard talking about the passion for the theater, she could hardly imagine it was so close to the euphoria of having a crush on somebody, floating on heavenly clouds during months.

The director Oscar H. Sanchez stamped the play with a climate of suspense by means of envy and machinations of the teachers, demonstrating that a reflexive theatre play could easily turn into a thriller of revenge; and also into a disquieting comedy.

The premiere of the play was in Lleida on December 14, 2010. It was entirely sold out each day of the performance.

In this link, you can read the text of NĂşria PerpinyĂ  the day of the presentation of the book at the Institute of Theatre.

And in this link, there is the dossier of the the company Nurosfera and the trailer of The Calligraphers:

The calligraphy portrays us: tell me how you write and I will tell you who you are

A writer and an actor transform into characters. They are themselves and they are not. Every gesture expresses what they think or what they want us to think. The calligraphers are tortuous. The language portrays us: if we talk to it, it will tell us who we are. An angular letter is aggressive. A round one, sweet. The mute letters, inhaled ones, the parentheses, the suspension points have secret meanings. The centre of our existence, the letters, are impregnated in our skin. We are like the old hand-presses, so human, with a mistake on every page. 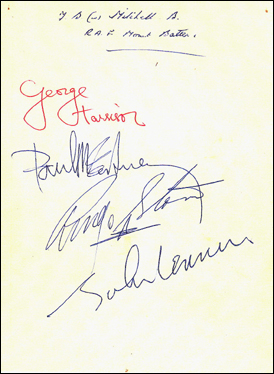 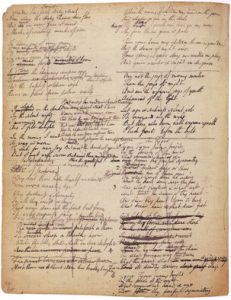 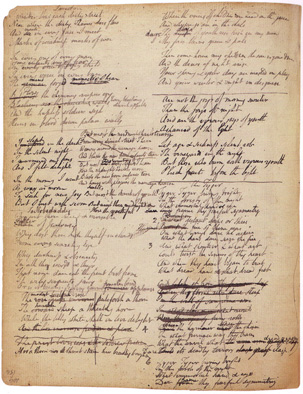 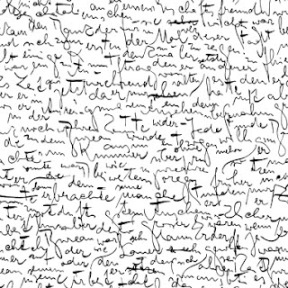 In the play, the signatures of The Beatles, so different to one another, or a signature of Francisco Franco, resembling in its shape a railway, are psychologically analyzed.

The Calligraphers has a nationalistic sense. The chair intended to be closed, unprofitable and with very few students, could perfectly be a chair of Catalan studies or of any other minority language. The defense of the small against the huge, the ancient knowledge against the current and economic interests are continuous along the dialogues of the play. 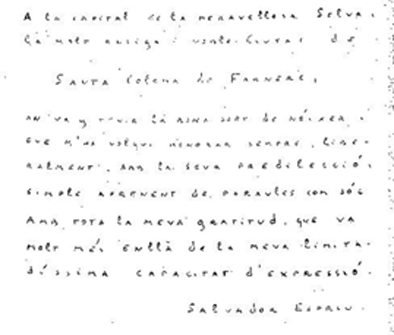 Furthermore, this play arises from an unfulfilled desire to know other languages â€‹â€‹and cultures of the world. We may be cultured in French, but illiterate in Japanese: in Manchu, in Lak, in Tulu, in Nepalese, in Finnish, in Bengali.Within a few thousand years, races and languages â€‹â€‹of the world will be unified and the centuries of diversity will be fondly remembered. The unification has already begun: we are much closer to each other but also more equal. How can be understood that the progress kills the minorities but, at the same time, the modernity defends them? 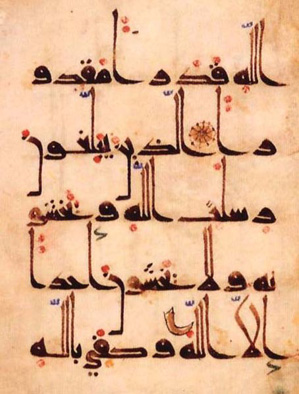 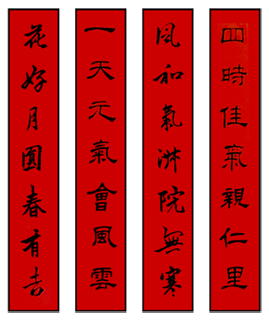 The Calligraphers claims the ancient world of fine craftsmanship. However, its position is more aesthetic than sociopolitical.

PerpinyĂ  does not share a retrograde, sexist and traditionalist nostalgia for the past times.
The constant changes in customs and technology happen very fast. The vinyl, as well as the cassette, and almost the DVD, are outdated. Nowadays, the music is heard by means of mp4s or ipods. Tomorrow we will witness a new invention on the market.

Although PerpinyĂ  feels a strong curiosity for the progress, starting with the originality of the avant-garde, she felt obliged to claim, on one hand, the Catalan culture, and, on the other hand, she wanted to bid farewell to the ancient world, handwriting, crafts and all the species close to extinguish. All this world of our grandparents that our children will no longer know asked for a requiem. However, what happened is that the funeral of The Calligraphers is tearless and unofficial. Itâ€™s, perhaps, because the good-bye sighs are mixed with the welcomes of the changing times.

The university and the education on the stage

NĂşria PerpinyĂ  talks about her own profession, the education, in the essay More than a machine, a winner of the International Essay Prize XXI Century of Mexico, 2010. This book is a theorist brother of the theatre play The Calligraphers which displays similar ideas in a dramatized way.

The university ranges from the secular knowledge to the research of the unknown. It is as bad to stay behind as to look forward only. In any case, the university is the stronghold of thinking, and all of us who form part should be worth of it. To think or to copy: thatâ€™s the question.

The three teachers of The Calligraphers represent three different pedagogies. Thanks to this teaching staff, students can understand the diversity of the world, if they donâ€™t die in the attempt. The influences on students are crucial. To educate means to stimulate but it may also influence too much. The teacher is a Pygmalion that forms and deforms. The price of this indelible imprint is high. The teacher, the one who knew everything, will die ignoring the most important thing: he will never understand the way his creatures were, nor will he ever know what mark the life has given to them. A good student adores his teachers, capital letters in gold leaf, until he rises above and surpasses them. 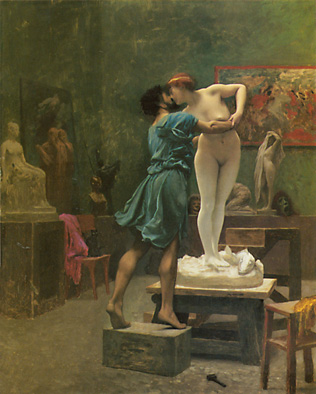 The book ends with a long dedication to the best students of NĂşria PerpinyĂ  at the University of Lleida.

The calligraphy in art

Alongside the book writing, PerpinyĂ  became interested in calligraphy in the contemporary art. The artists who attract her attention in this field are:

– Johanna Calle. In “Lessons”, she includes part of Kafkaâ€™s The Trial wrote in German but in reverse, making the text unreadable, highlighting, in this way, the absurdity of the situation. Similarly, she experiments with unstable writing lines, as can be seen in the image on PerpinyĂ â€™s blog. 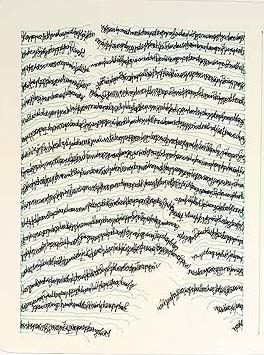 – Jaume Plensa and his sculptures made of mesh and letters like “Soul” and “Self-Portrait”. 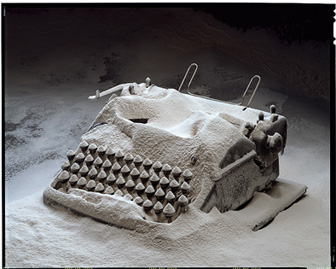 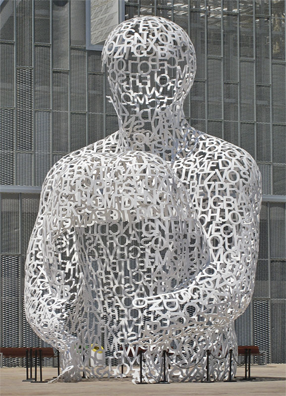 – Ben Rubin and Mark Hansen, “Listening Post” (2006). The piece consists of 234 mini labels of consecutive letters speaking all at once, it is hundreds of messages and words as a symbol of the complexity of humanity. It is published in the New York Times.

– And, among many others, there are the letter love tattoos from the movie Pillow book of Greeneway, a 35 mm film by Rodney Graham about a machine with tears and a kind of snow on the top. 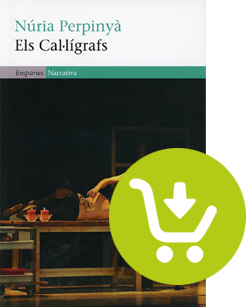