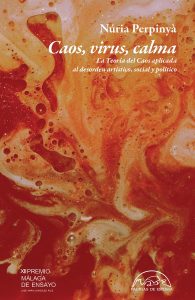 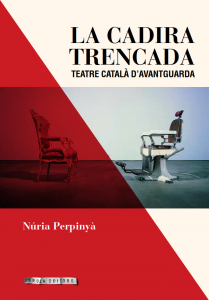 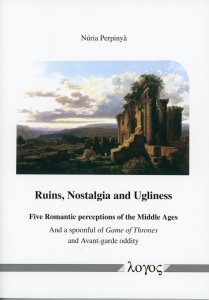 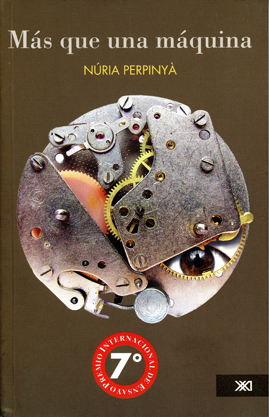 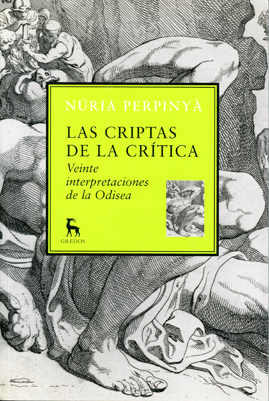 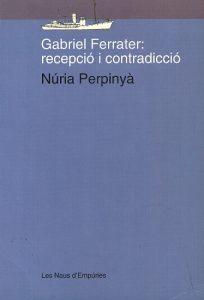 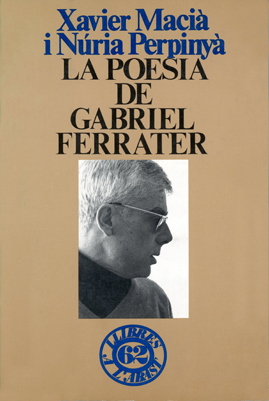 When chaos is worth millions of dollars in art, but not in politics.

NĂșria PerpinyĂ :Â “Chaos is another kind of order” The novelist and thinker finds balance where confusion reigns, either quantum physics, virus or art. She realises it in an essay, recent Malaga Prize.Â

Chaos is what defines our natural order.

Physics explains Post-Truth, according to the Malaga Essay Prize.

The choice between saving lives or saving the economy is a false dilemma.

Versatility, multiple curiosity and expansive and accurate knowledge are characteristic of PerpinyĂ ’s creative behavior, as were the spirit and the desires of the Classical Avant-Garde.

Nostalgia and Ugliness. Five Romantic perceptions of Middle Ages and a spoon of Game of Thrones and Avant-garde oddityÂ (2014)Â It is an essay on the Romantic Art of Ruins. The hypothesis of the book is that the picturesque taste of the seventeenth, eighteenth and nineteenth centuries towards crooked trees, collapsed churches or old cabins is the precedent of Avant-Garde irregularity and ugliness.Â [The book is avalaible here]

MĂĄs que una mĂĄquina / More tban a MachineÂ (2010)Â It exposes three types of education and reasoning: the repetitive and orderly, the anarchic and the singular structured. The strict order of the first one is useful but has the sin of the routine. The secondÂ  one enjoys freedom but is not suitable for learning because it lacks method and perseverance. The third one has the fair balance because it has flexibility, a structured mind and individual contributions. The book, which is an essay on Machinism, takes as its starting point the opposition between Kant’s thinking and that of La MĂ©ttrie. PerpinyĂ ’s research won the XXI Century International Essay Prize from Mexico.Â [The book is avalaible here]

Las criptas de la crĂ­tica. Veinte lecturas de la Odisea / The Crypts of Criticism. Twenty Readings ot the OdysseyÂ (2008). This is a manual on the Theory of Literature schools. In it, their aesthetic ideologies are succinctly analyzed showing a theoretical spectrum that ranges from psychoanalysis to Marxism through Russian formalism. Each chapter includes a commentary of the Odyssey that illustrates the theoretical principles set forth in practice.Â [The book is avalaible here]

On one occasion, the author explained her parodic procedure when a reviewer did not notice the pastiche. Instead of laughing with the fictionalized comments, the professor of Greek believed that the twenty comments belonged contradictory to the same person. The confusion between fiction and reality would have delighted Borges, “as if a writer was executed for the murders of her characters”, ironically said PerpinyĂ .Â Â

Homer’s Odyssey has served as a melting pot that reflects the perspectivism that should enrich, but not overinterpret, the meaning of a work. They are not valid, therefore, as PerpinyĂ  accurately and ingeniously argues, neither “interpretationitis” nor “verbiage”, since not all opinions are valid or respectable.

The Crypts of Criticism rushes an almost reckless enterprise, an odyssey, a return to criticism, in a close combat, almost an “iliad”, with some of the critical theories. (…) The book consists of a double trip: a summary of twenty critical schools and a review of the possible readings of the Odyssey that each one generates. Theory and practice. The challenge, despite its difficulty (because of the limited space and the wide range of humanistic knowledge that it refers to), is not sparing in surprises and prizes for the reader. (…) NĂșria PerpinyĂ  belongs to a school of readers and critics who are receptive and open to suggestions of varied origin. That would be the twenty-second critical perspective.

In conclusion, the bookÂ  analyzes that have been made of the Homeric Odyssey and the theoretical approaches on which they are based are treated, and in the end we appreciated not having read another manual full of veneration and nothing else.

We realize the broad cultural knowledge that this prolific Professor of Literary Theory possesses, who has published novels that deal with many subjects, such as Architecture, Science, Psychiatry or Painting. (…) PerpinyĂ  knows how to win the reader from the first lines with a careful narration, very close, which allows it to be read at any time and that makes The Crypts of Criticism is not relegated to an academic reference book.

The book is, strictly speaking, two books: one is pedagogical and the other creative. We found an introduction to the history of Literary Criticism and a collection of almost oulipesque exercises from the Homeric classic. In this sense, this attitude belongs to the author’s transversal style. As we can see in researchs of such good quality as the essay Gabriel Ferrater: reception and contradictionÂ (1997) or in the excellent novel A house to compose (2001). PerpinyĂ  shuffles references of all kinds in his latest book, to weave a network of links between Literature, Architecture, Music and other disciplines and arts.

In addition to information and good judgment, she writes with an academic relaxed style. This ensures that the substance of the issue âthe evolution of Literary studies from the late nineteenth to our current transmodernityâ transcends the usual dryness of the scholars and makes her book legible not only for students but also for the common reader. (…) NĂșria PerpinyĂ , aware of the problem of depriving meaning literature as proposed by Deconstruction, does not participate in such a radically negative hermeneutics.

There is a lot of wisdom and information in his book about the Odyssey, but there is also a sense of humor. The Crypts of Criticism is a book that in the end is a passionate defense of Perspectivism. (…) Although nowadays a lot of values are radically transformed, this does not seem to be what has happened with this young teacher and novelist. Her passions are lasting. She has been working on this book for fifteen years.

As well as the effort to synthesize the fundamental features of each critical school, each description is accompanied by a practical stylistic exercise that gives to the book its unique personality and its most creative side. NĂșria PerpinyĂ  achieves an intellectual tour de force and forced her to transform (momentarily) into a Feminist, a Deconstructivist, a Postmodern, a Formalist… as she were a Pessoa of Literary Criticism, without losing her sense of humor.

One of the most daring, provocative and critical studies that have been published in recent years.

This book has an impressive encyclopedic vocation, you dive into it as one who practices an absolute immersion, When you emerge astonished from the water of its pages, you are amazed because you suspect hat beyond this background that you have seen there must be unattainable beauties. You are also overwhelmed because in the immensity of thisÂ  background you suppose that there are also unsuspected frights. You leave the essay admired from its depths. Either NĂșria PerpinyĂ  has had to live many lives or she has had to stop living many to research and write so many books with such a talent. Chapeau, NĂșria.

A great success of PerpinyĂ ’s book is the treatment of the materials that she works with, avoiding the chronological ordering that Reception books usually follow. (…) Those who will best appreciate PerpinyĂ ’s book will be, surely, skeptical readers who know that, in Literary Criticism, what is said is never entirely innocent and in any case you should not searchÂ absolute truths.

The author is more convincing than ever. In NĂșria PerpinyĂ ’s book, the âtoneâ that emerges from reading goes beyond the premises that are marked and expands towards reading levels. All these aditional and welcome purposes affect the web of relationships between the Catalan Literature and their critics. I underline her ironic way of being surprised and questioning how Ferrater’s Reception has taken place.

Impeccable work of documentation plenty of contributions and personal opinions. Everything, absolutely everything, goes through the clinical eye of NĂșria PerpinyĂ .

This study has the undeniable value of methodological rigor. Not for nothing, NĂșria PerpinyĂ  is a recognised professor of Literary Theory at the University of Lleida. The book includes an exhaustive analysis of Ferrater’s ideas and many committed mischief.

You ask for more reading the book. And not for gossip, but for the reason that Josep Pla pointed out in a 1961 letter: “You have exceptional conditions to talk about people, to see and ramble on people. Do it.”

The book underlines the importance of topics that are not very prominent in Ferrater’s poetry, such as the search for happiness or the predominance of individual commitment over historical commitment. (…) This study is important at different levels and, today, it is useful and fundamental.