A House to Compose 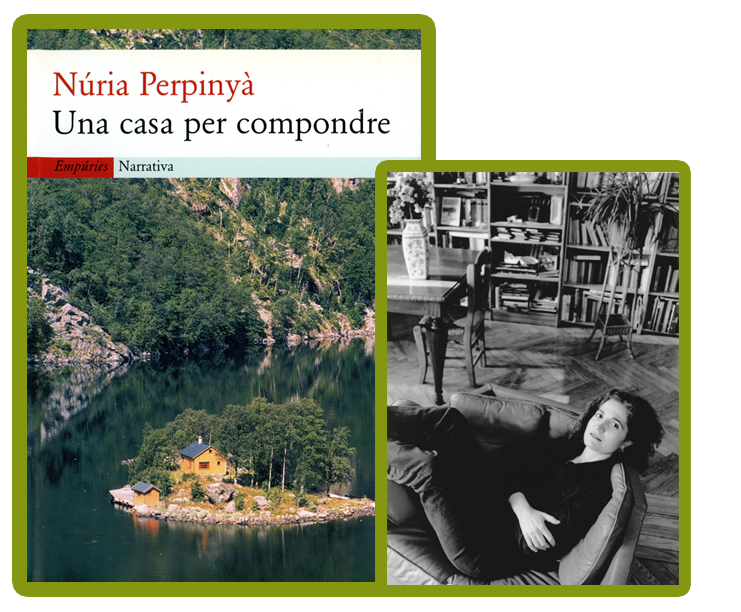 A House to compose (2001):Â Summary
A pianist Olivia Kesler looks for a home and a shelter that would inspire her to compose. The search is not easy. Nothing satisfies her. The artist refuses to be confined in an insipidus burrow. During her journey full of surprises, which is a musical journey as well as an architectural odyssey, we follow, step by step, all the concerns and thoughts of the pianist. In her passionate pursuit, Ms. Kesler enters delirious neigbourhoods and gets lost in unsafe suburbs. A House to compose is a reflection on the creation and the beauty, on the obssession and the accepted ugliness. The author defends musicians and architects who not only do not limit themselves repeating easy melodies or building ugly blocks, but they take a risk and force their heads imagining new things. The book can be also understood as a journey of a self-sufficient and eccentric woman who isolates herself from the common people and stands up for love and art.
The houses in this story are divided into three groups: the vertical, the horizontal and the fragmented ones. The ideal, the reality, and the crisis.

A portrait of our time: the housing problem 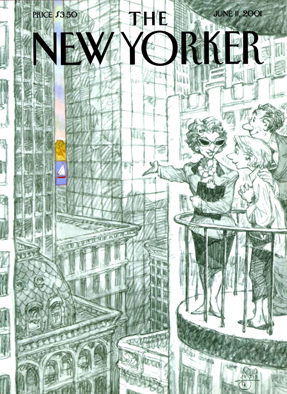 In A House to Compose, PerpinyĂ  faces a current problem: housing. To find a place to live is an eternal aspiration of any living being. In addition, at the end of the twentieth century, much of the economy of the Western world and the one of Spain in particular turns around property speculation. The overvaluation of the phenomenon will be one of the causes of economic and existential crisis of the early twenty-first century. 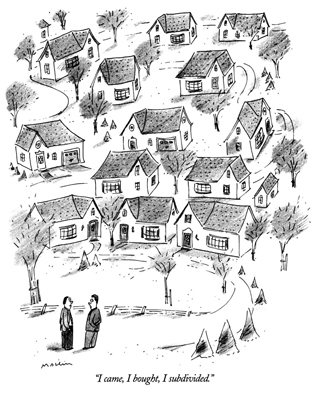 The house is our mirror: Show me where you live and I will tell you who you are

Every home is a picture of the world. An imago mundi. Each person is identified by his home. Tell me what house you have and I will tell you who you are. A farmer is identified with his land, a trader with his store. But Kesler has no mirror, she does not have any place to indentify with. She’s a kind of a stateless, homeless heroin.
A House to Compose, besides being a novel, it is also an essay on the phenomenology and psychology of home. The architects and thinkers specialized in the subject that PerpinyĂ  especially appreciates are: Amos Rapoport, Mario Gaviria, Juhani Pallasmaa, Oscar Tusquets, Tom Wolfe, Witold Rybczynski, Gerhard Schwab, Otto Bollnow, PietilĂ¤, Lloyd Wright, Gehry, Niemeyer, Zaha Hadid, Jeab Dollfus, Stephen Gardiner, Georges Perec and the Eupalinos by ValĂŠry.

This book is not exactly a novel, but neither is it a compilation of stories. The stories progressively develop into other stories (the first ones are simpler, the last ones more complicated), and little by little and chapter by chapter, they weave a common story in the manner of a novel of assembled stories. They are like independent floors of a building that together form a house. If the literary genres allowed us, this new PerpinyĂ âs genre could be called âa serial novelâ, âa fragmented novelâ or âa composite novelâ. As the reader goes through the novel, the stories become chapters of a larger work. It is the reading process that transforms the stories into a novel. The latent novel begins to appear about halfway through the book. As we move forward, the fragmented feeling fades and the novelistic weight becomes more preeminent. The more chapters we go through, the less independent we see the stories, and the stronger is the main narrative thread that conglomerates them: a seeker of flats, an ironic observer named Olivia Kesler. 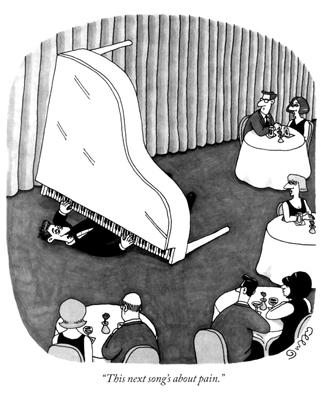 Music as a creative act

Music is as a useless luxury as literature. A House to Compose is crossed by several âleitmotiveâ of literary sonorities Â that are interwoven throughout the work that evokes the expressive recurrences, so characteristic for Wagner or Beethoven. Letâs see some of them: Kesler has a baby grand piano, severed as art and headless sex… It is like Salome who cut off the head of her lover… Hands and lovers… The intimacy of touch with eyes closed… The pianist who plays for money for the powerful ones satisfying Â their orders, like a prostitute…
A brick is a brick is a brick evokes in a low tune: a rose is a rose is a rose by Gertrude Stein and opposes to the art and harsh reality, with the variations that result into: a window which is an escape which is a door…

Aesthetically, the book defends the piano music from Schubert to the present, through Chopin, Liszt and Debussy, as well as Baroque music by Marais, string quartets and architectural and musical avantgarde. However, not all of it. PerpinyĂ  does not tune neither with Bruno Maderna nor with Messiaen, but she does with âCarrĂŠ for four Orchestras and Choirsâ, âMicrophonesâ and âStimmungâ by Stockhausen, with the âTea-partyâ and the version of Solerâs âFandangoâ by Tomas Marco; with Joan Ginjoan, Fatima Miranda, âLe Marteau sans maĂŽtreâ by Boulez, âRoigâ by Albert Sarda, the âIonizationâ by Varese, the âFirst construction (in metal)â by Cage, the âElegy for horn and pianoâ by Poulenc, Lutoslawski, Nyman, Carles Santos, etc. The âKreislerianaâ by Schumann seems to her weak and poor, but the Opus 47, the âKreutzer Sonataâ by Beethoven sounds delicious to her, especially the first and the third movement. Her well-appreciated music lovers and critics are: T.W. Adorno, JosĂŠ Iges, GarcĂ­a del Busto and the conductor Carme MirĂł. 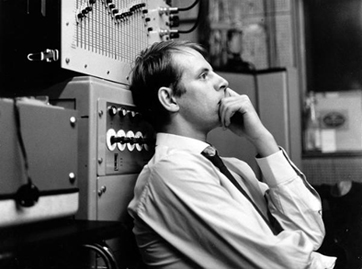 Photography and the union of the arts

The novel claims the union of the arts. In A House to Compose, literature, music, architecture and photography merge all together. The book is accompanied by a gallery of images of buildings and environments by Manu Bausc that illustrate each of the chapters of the book.

In 2002, a year after the publication of A House to Compose, Beethovenâs Diabelli Variations appears on the market interpreted by a pianist Uri Caine. Each of the thirty-three variations is illustrated with a drawing of a different house. The tuning could not be more appropriate.

Art and Literature of Houses 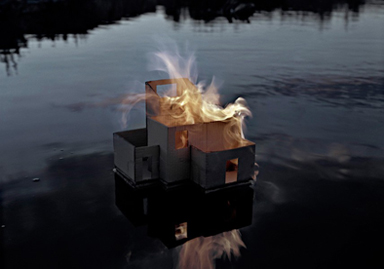 The crossing between houses and art (sculpture, literature, theatre) is exciting. PerpinyĂ  recommends: âSmoke Houseâ (2004) by Javier Vallhonrat; âChiffon housesâ by Do-Ho Suh; the comedy âTilesâ (1999) by Desola; movies âUnder Constructionâ (2000) by Guerin, âHouse of Sand and Fogâ (2003), âFive square metersâ (2011) and âThe Pianistâ (2001) by Polanski; the novel The Pianist (1983) by Jelinek; the poems âInvaded Houseâ (1995) by JimĂŠnez MillĂĄn and many poems by Joan Margarit, a poet and an architect who presented the novel of A house to compose to the public in 2001. As for the literary-musical creators, PerpinyĂ  highlights Kundera and Bernhard and The Unconsoled (1995) by Ishiguro. The exhibitions at the CCCB in Barcelona of âSoul Housesâ and âRequiem for a ladderâ, coeval with the appearance of this book, were excellent. 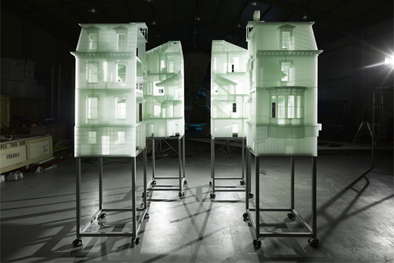 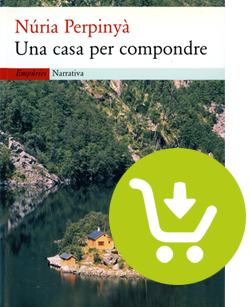 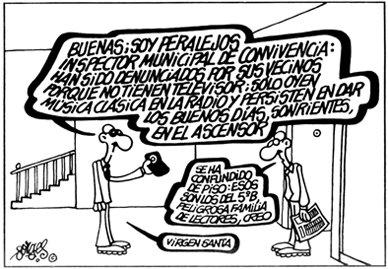